Today I wanted to write about the Iraqi artist, Ali Al Tajer, whose style has been gradually evolving and maturing until becoming one of the most outstanding visual artists of his generation. He has distinguished himself by a high degree of particularity in selecting different Iraqi themes that reveal not only his academic understanding of Iraqi folklore but also his creative interpretations of his native cultural heritage.

His themes depict novelty, provocation sometimes, and even irony occasionally. He has obviously resisted being drawn into purely abstract trends or current fashionable fads . Al-Tajer's early artistic experience began with expressionism then he drew nearer to surrealism but always insisting to maintain some connection with a satirical Iraqi character. His technique in composition, strong vibrant colors and careful selection of traditional themes and symbolic accessories fascinate the onlooker by inspiring nostalgic references to the "Good Old Days" that began to gain a marked momentum in the collective memory of Iraqis , particularly after the massive destruction of Iraq. He has also portrayed countless beautiful and voluptuous women coming from the countryside or the southern marshes but often from a sophisticated urban setting such as Baghdad City. Similarly, he attempts to provoke religious clerics, military or police figures, corrupt and deceptive politicians, or the incredibly oppressive brutality of the Iraqi context as a whole.

Ali, or "Ali Mohammed Ali Abbas Mohammed Hussein Al Tajer" was born in Baghdad, 1962, but I consider him essentially from Karbala. His late mother was Bahija Nouri al-Hakim (1937-2008), was the Curator of the Iraqi Pioneer Artists Museum and al-Wasiti Art Gallery in Baghdad. She had a great influence on her son's artistic upbringing and passion for art. Al-Tajer went through a terrifying experience when he was arrested and jailed by security authorities for nearly three weeks in 1980. The reason for his incarceration was to investigate his political and religious beliefs, but he was released after the intervention of his father who was the Deputy Governor of Baghdad at that time.

Ali wanted to study history or archaeology, but luckily, he studied at the Institute of Arts in Baghdad graduating with diploma in 1982. Then he continued with a Bachelor’s degree from the College of Arts in Baghdad in 1986 and a Master's degree under the supervision of the great Iraq surrealist professor and artist, Mahood Ahmed, in 1991. His research was planned initially to document and analyze the symbolism of traditional doors of Mosul City. In fact , he visited Mosul in 1989 and photographed numerous decorative doors and panels that usually topped these doors. However, the College research Deanship rejected his request. Then he had to change his research into the "The Babylonian Epic of Creation" which was a complex subject but very rich in mythology and legends. He also worked as a fashion designer for the Iraqi Fashion House and a painter for a number of Iraqi magazines such as Al-Mizmar and Afaaq Arabiya. He has been living in Jordan since 2005 and has held many solo exhibitions in Iraq, Jordan, Bahrain, Lebanon and Oman. He is currently working to complete a second monumental work on the Babylonian Epic of Creation.

My best wishes to him and to his family, son Faisal and daughter Zahra, and to his dear father the best of health. We hope that he continues with even more creative and stimulating work. 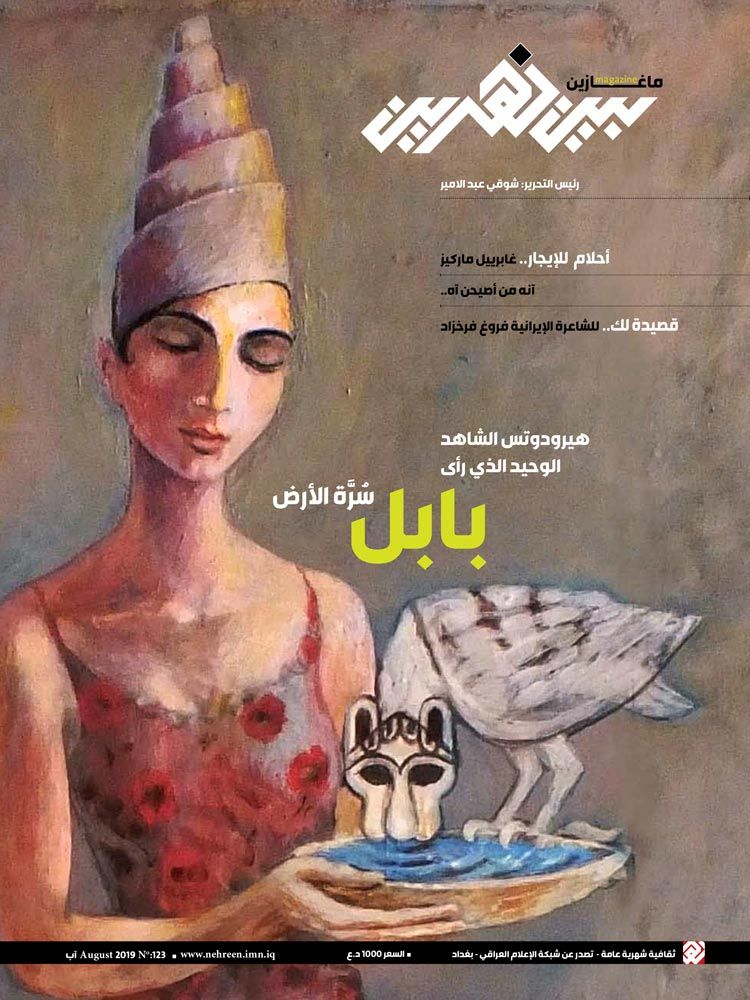 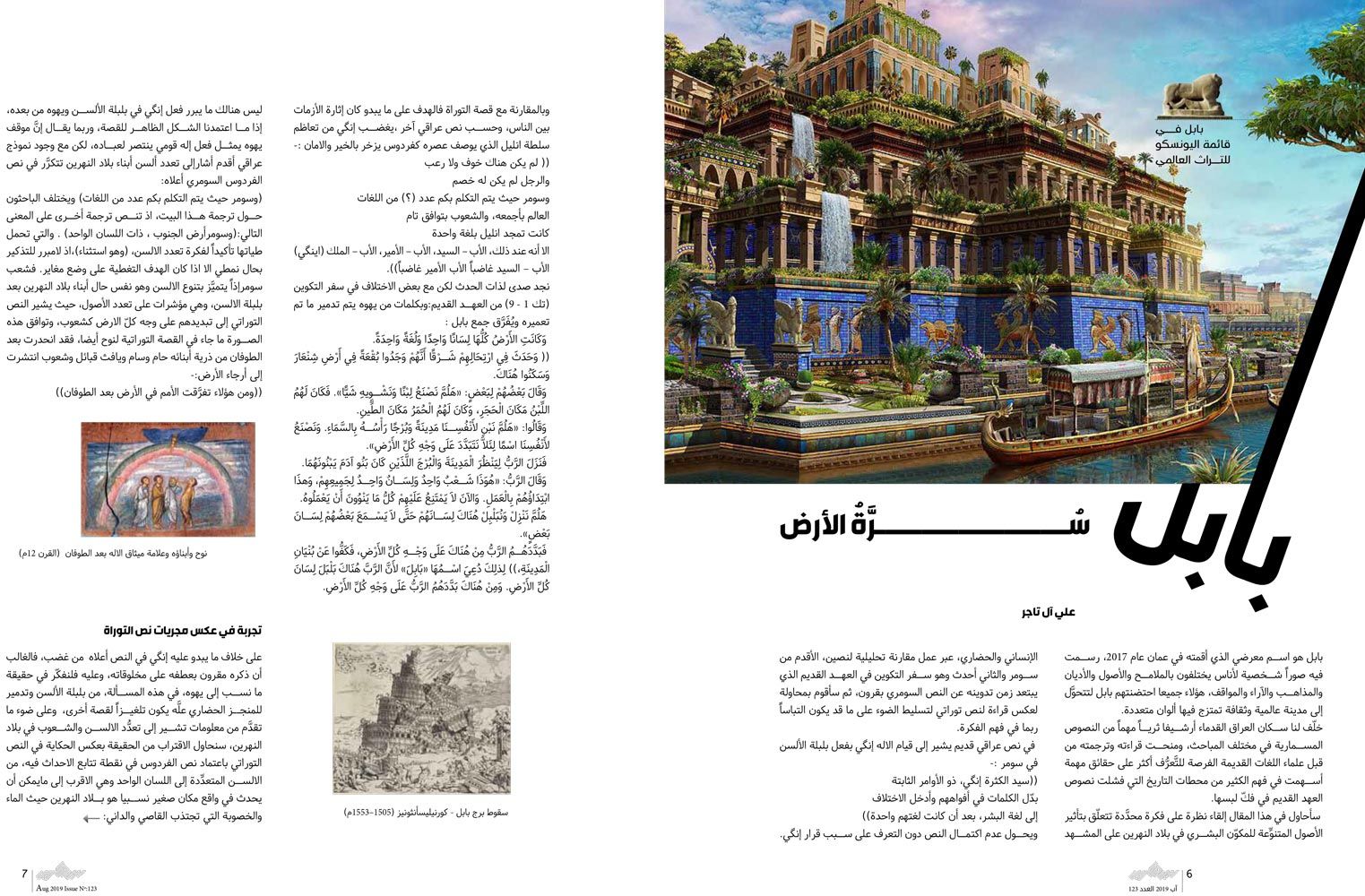